Bachelor of Arts (BA) in Theatre

Entertain the pursuit of big dreams.

American playwright and novelist Thornton Wilder regarded the theater as, “the most immediate way in which a human being can share with another the sense of what it is to be a human being.”

It's in this way that William Woods University takes a 360-degree look into the world of theatre—not just the history of theatre, but the influence of theatre on history itself.

Majors in theatre can choose from Technical and Performance Concentration.

No matter what direction you pursue, you will gain an understanding of the theatre’s various working parts. The program balances course work between acting and directing, history and literature, and technical theatre and business. Because we believe that students should understand both sides of the curtain.

On set or on stage. Right here. On campus.

Every year, we produce four mainstage productions directed by faculty and guest artists.

Because theatre majors are required to have a hand in all four major productions every year—whether on stage or on set—that’s at least 16 productions of experience, with varying genres, in your four years at William Woods.

Our staging facilites include:

Whether you want to design the lights, or have your name in them.

Pursue an exciting career as a/an:

Our alumni are working at the professional level including Broadway, off-Broadway, television, motion pictures, regional and community theatre:

William Woods has given me the tools I need to further my knowledge and prepare me for a career in theatre. As a non-traditional student, I was most impressed with the acceptance of not only the theatre department, but also the campus community as a whole. The theatre department offers acting and technical roles in mainstage productions, as well as the Jester's Club, Second Season productions. The opportunities for self-expression are always available for those students who take the initiative and have the drive to make things happen.

William Woods to this day is one of the best opportunities that ever happened to me. It provides a safe environment that challenges its students to attain their chosen dream. It instills the values of leadership, education and compassion, always being a beacon that illuminates our paths forever.

The Bachelor of Arts in Theatre degree at William Woods University consists of 122 distinct credit hours for graduation—including 24 core major credits, a 21-credit concentration in Performance, Musical Theatre or Technical, a minor, and a year of foreign language.

Courses you may take

What is the right major for you?

Take a quick survey to discover what majors you will flourish in.

A project of peace: Students learn the unifying power of art

Imagine yourself walking through the streets of a small district of Cairo, Egypt, perhaps on a study abroad trip with Woods Around the World. As you weave through the narrow streets, dodging trucks overflowing with trash, you are overcome by the pungent smell of rotting garbage. You make your way past the piles of trash, […]

For Terry Martin, long-term art professor at William Woods University and a favorite among students, passion and infectious joy for the art he creates and the students he gets to encourage does not come in short supply. Named this year as an Icon of Education by Ingram’s, Kansas City’s business magazine, Martin was chosen as […] 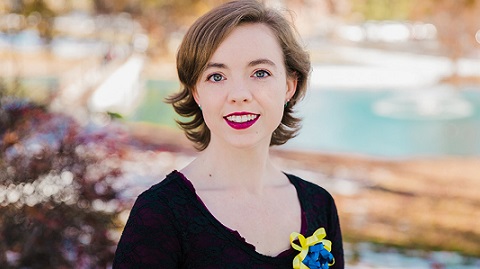 Theatre majors at William Woods like Kelley Barr get to explore all angles of the acting and performing profession.

Joe Potter, Assistant Professor of Theatre and Artistic Director at William Woods, has done it all in the theatre industry during his career. Learn all about his “dramatic” career before teaching at The Woods! 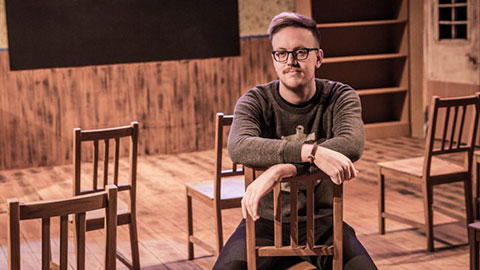 There is so much you can do with a Theatre degree, as alumnus Dustin Z. West learned. He now lives in New York City and travels the country as a stage manager, helping create productions.